We are very pleased to announce the release of the 1.6 update for Clothing and Alterations. It's been along while coming, due to various other projects, but I'm finally able to include a bunch of updates that I feel adds a lot that has been lacking.

First of all, I want to talk about the dice rolls. Finally, everything is handled by its own script, whereas previously every instance of the skill checks would be manually inserted into the passage. With this update, I wanted to clean that up, not just for posterity, but also to make it easier to add in new skill checks. And with that, comes little dice with pips.  Look at it down there, all small and dice-like.

A lot of people have been having difficulty getting different endings, which is understandable. What exists now is fairly rudimentary, but it's a way to keep track of which endings the player has already experienced. This is accessed with a new tab next to the RESTART button. 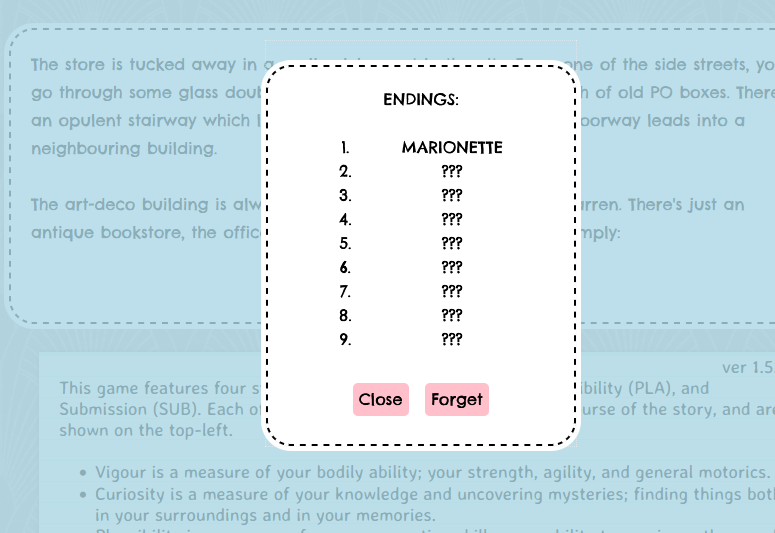 Ending 4 has been completely reworked, and also includes an (optional) doll sex scene with Lynn. I wanted to include some kind of actual sex content, even if it's still weird doll sex.

Ending 3 has been completely replaced with something more thematically appropriate, featuring the player becoming host to new life. While I'm a little sad to say goodbye to something I've written, I wanted the game as a whole to be more cohesive.

An 18+ Smutgame with Doll Transformation