Just released a new update for Null Event, adding in a sixth ending, that concludes Milennia's storyline, with some more corruption-themed content. To access it, you'll need to choose the Supernaturalist during character creation.

I hope you enjoy the new update. ^^ 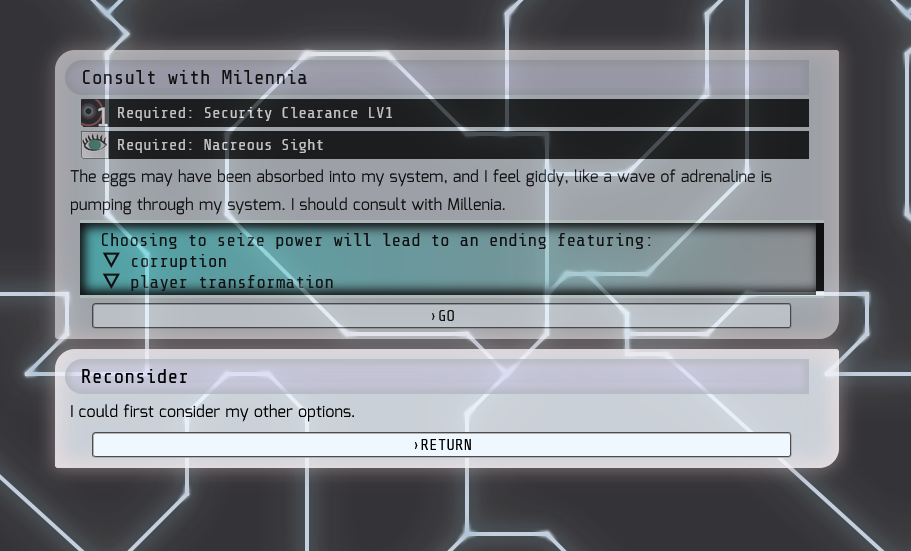